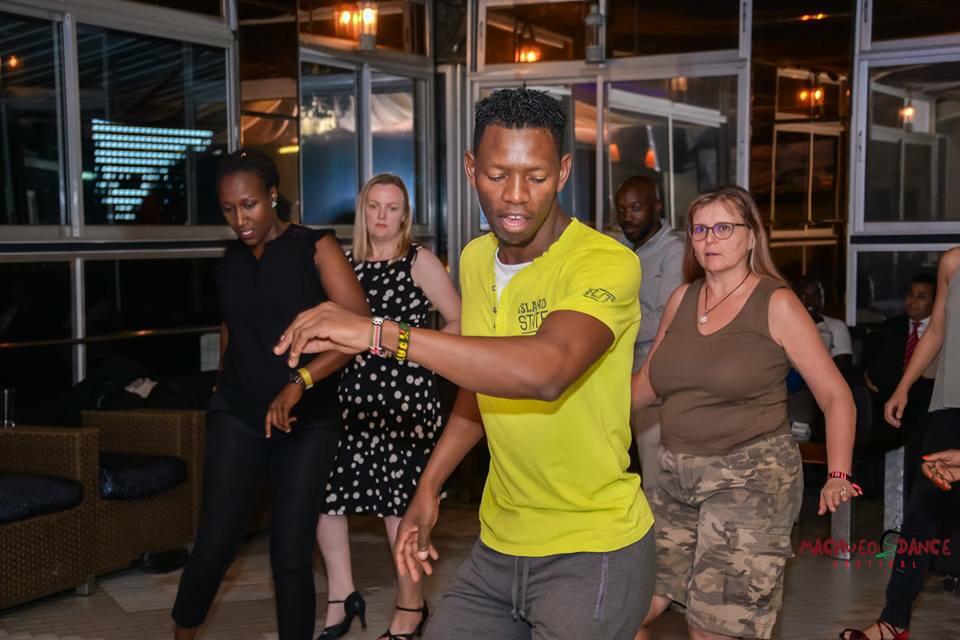 Jophael ( JAY)
Growing up in a low- income shanty compound in Lusaka called Chipata, Jay (JOPHAEL) absorbed traditional Zambian dance from his family, friends and surroundings and picked up American styles from a black & white television at home.
He took his first salsa class in 2009 and quickly rose to become a teacher, eventually he was crowned the King of Salsa in Zambia in 2011. Now he is a founding member, choreographer and the artistic director of WE DANCE LUSAKA, a dance company  that promote professional and high-quality dance classes and performances. Since attaining the crown, Jay has since developed his career on the international stage teaching and performing in many other countries. He has since then been traveling around the world teaching different genres of dance ranging from African ( kwaito, Afro Rhumba DRC, contemp~Afro fusion, Afro Beat ) , Latin( salsa, Bachata , Cha cha ) and Kizomba. Jay always challenges himself to learning new styles as he travels to teach. He complements his dance life with another career as a graphics designer, having worked for the different companies in the graphic design industry in Zambia over the past 11years.
Jay is defined by his amazing and strong character, versatile personality with a big Smile and the endless energy.