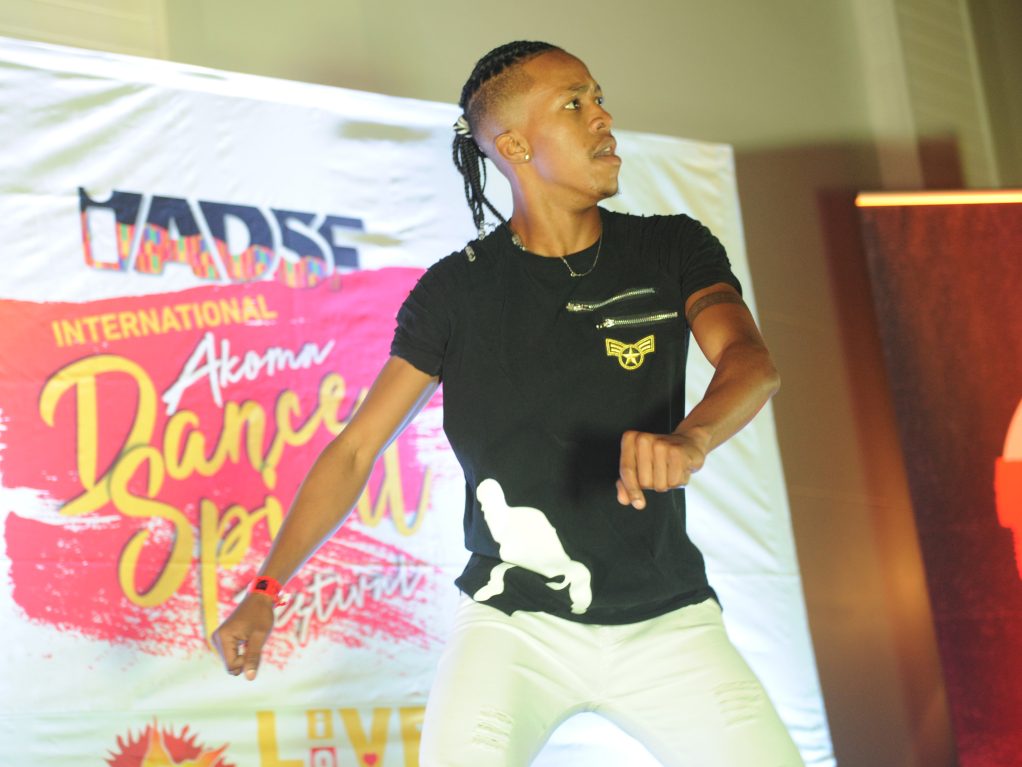 Claudio came to the world to show that when something is done with dedication and love, we surpass the limits established by ourselves.

In 2009 at the age of 12, Claudio began his career as a dancer, as member of a group of 12 dancers that performe on weddings, graduations, and more, dancing traditional, classical and African dances.

In 2014 Cláudio took part of an afro-house group named “Aladdin’s”. This was when he gets recognized on his talent and was named Dom Claudio – attributed by this great international afro-house dancer DOM WILSON after watch him dancing.

From 2014 to 2016 Claudio continued his career as Dom Claudio in afro styles, as he decided to expand his ways of showing his love for dance in order to become a complete dancer. So he decided to learn Kizomba.

In 2017, Claudio joined Haban’arte Dance Academy invited by Eugenia Pião, the school founder and main teacher.  From the moment Claudio met Eugenia his world changed:  she lead him to success, as the dance doors opened explosively. Claudio even became Eugenia’s dance partner at some point when she left Picardo, her former partner.

Later in 2017 he also became member of TEAM 10-0, the famous dancer team of choreography and show that rises to the biggest stages of the country accompanying the international singer Nuno Abdul.

2017 was also the year of his career internationalization, with his debut in South Africa, invited by Steven El Fantastic MOTEMA (where he gave his first afro-house Workshop), and Swaziland to perform in an event.

As an artist Dom Claudio also participated in several video clips, namely in some of the best known artists nationally and internationally, such as Nuno Abdul, K9, New joint.

Dom Claudio his now 21. He’s young , full of energy, full of dreams. He is a Mozambican promise to the world. He tirelessly devotes himself to dance as a way of living and something fundamental for him to breath.